Thanks to all who braved the heat and humidity to attend our function in the Church Cemetery this afternoon.  In addition to the locals, we had people from New Brunswick, (and formerly Quebec), Ontario, Alberta, British Columbia and New England.

We raised approximately $400 to go towards the maintenance of the cemetery.

A group of volunteers met in Earltown on June 24th to put in motion the Gunn Cemetery Association.  The cemetery has been kept in excellent shape by a number of interested individuals  over the past few decades.  However there has never been a board, bank account or resources to maintain stones and secure the site.

Last year’s tour raised over $600 towards starting a fund.  We will soon have a formal account and be in the position to accept donations.   Donations will be used to repair the oldest stone, improve signage and install an information box where there will be a guest book and information on the cemetery.   We are also obtaining a deed to the land so that it will properly registered.  The day may come were we should be paying for the upkeep of the grounds and repairs to the access.

Donations for the upkeep of the cemetery are gratefully accepted but we do not have charitable status so CRA tax receiptscannot be issued.
Cheques can be made out to the Gunn Cemetery and mailed to:
Gunn Cemetery
c/o Joyce Ferguson
7787 Hwy 311, The Falls
RR #5 Tatamagouche, NS
B0K 1V0
For security reasons please do not leave cash or cheques in the mailbox
For information  on the history of the cemetery contact:  Glen Matheson 902-957-0532  gmmatheson@gmail.com

Earltown was a remarkable community in the 1800’s.  Its hills and valleys were thickly populated with over 1,000 highlanders and it also served as a trading center for nearby communities in Pictou and North Colchester thus extending its influence  over 2,000 souls.

And souls were of great import to these emigrants who arrived with little more than an axe and a bible.  They belonged exclusively to the Church of Scotland, (later evolving into the Free Church of Scotland), and worshipped in their native Gaelic tongue.  The clergy, elders and catechists commanded great respect and exerted considerable influence over all aspects of life in the area, whether it be religion, education, justice or social welfare.

In due course a church was erected in the geographic centre of the district. Like in their home parishes of Eastern Sutherland, a cemetery was established in near proximity.  A second church was erected in the late 1860’s to accommodate the growing congregation.  Like in many rural communities, the congregation dwindled and the building had to be removed in recent years. 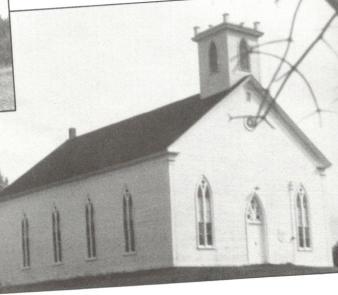 This is the 8th in a series of annual presentations by Glen Matheson, local historian, on the social history of Earltown.  In addition to an overview of the history the Knox Presbyterian Church, there will be the customary tour of the adjacent cemetery with stories of the early settlers who chose to be buried in the shadow of the church.

The presentation will be Sunday July 29th at 3PM at the Earltown Church Cemetery,  Highway 326, two kilometers north of Earltown Village.   Scots will be pleased that there is no admission however donations towards the upkeep of the cemetery would be appreciated.