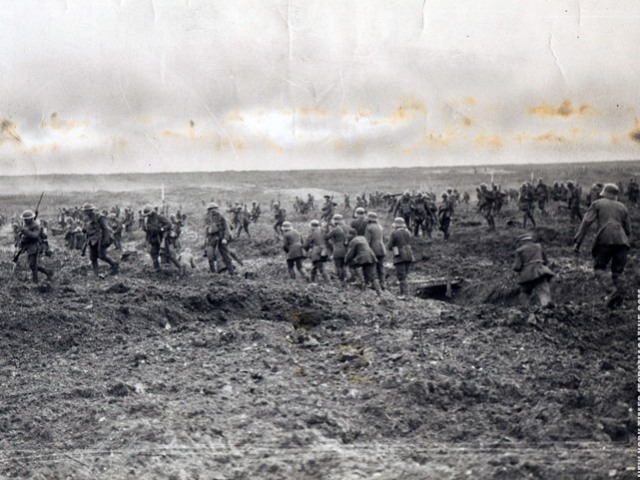 The German forces occupied a 7 kilometer ridge that gave them a distinct advantage over the combined allied forces.  In the weeks and months leading up to April 9th, France had over 100,000 casualties while trying to capture the ridge.   Meanwhile Canadian forces were going through detailed training exercises and preparing the field for battle.  Prior to this, Canada’s regiments were assigned to various allied forces.  This was the first time they  were under common command.

At 5:30 AM, under protective fire from British and Canadian artillery, 15,000 Canadian troops charged overtaking Germans in the front line trenches. They continued up the ridge and, in small and isolated groups, captured machine gun nests along the ridge and eventually captured the main hill.  The fighting would continue through to April 12th and resulted in a victory which marked a turning point in the fortunes of the Allied Forces.

It might be described as a bittersweet victory.  With 3,598 deaths and over 7,000 wounded, it was a costly victory for a young nation of only 7 million people. Although greatly reduced in numbers, Canadians went on the participate in other battles during 1917.

Few communities in Canada were untouched by grief.   To date, three men from North Colchester and part of the Earltown Gaeldacth  were known to have perished on this battlefield.

Archie John MacKay was born at The Falls in 1885.  He was a son of  William G.A. MacKay “Achany”  and Martha Hayman, merchants at the cross roads.   He was one of seven children.  His brother Roach lived in Springhill, a brother Bill, (Alberta Bill MacKay), lived in Waldegrave, and the remainder in Fairview, Alberta.  Archie died in the April 9th assault.

Donald Ferguson was born ca. 1879 at Ferguson Crossing, Waugh River.  His parents were Robert Ferguson and Maria MacKay.  His father was born and brought up near Knox Church in Earltown.  His mother’s father, of the Caribou MacKays,  came from the Berrichan.  Donald died in combat on April 10th.

Arthur MacKay Ross was born at Waldegrave, a son of Duncan Ross and Johanna MacKay.  The Ross family were originally from Gulf Shore, Cumberland County, and Mrs. Ross was a descendant of the both the Tailor and Black MacKays.  Arthur died in the April 9th assault.  Prior to going overseas, he was married to Nettie Hynds and left a young son Arthur.  Arthur’s brother,  William G. Ross, later of Glenholme, served in both World War I and World War II.

There may be others from the area of which we are not aware but would be most grateful to learn about their service. 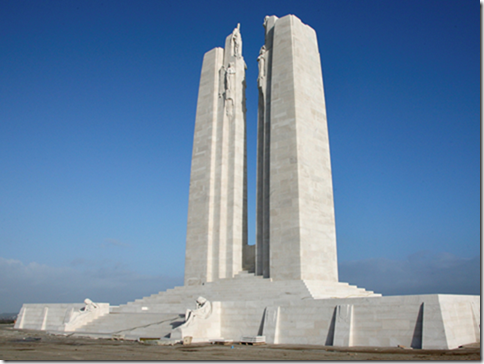 Vimy Memorial at Vimy Ridge, a site given to Canada by France to