In 1820 a substantial group left Strathbrora, Clyne, for Nova Scotia.  Many of the group, upon arrival in Pictou, were dispatched to Earltown with tickets of location. Among that group were John Graham, his wife Catherine Sutherland and young sons, William, James, John and George.  George was an infant and was born on the Atlantic Ocean as the ship approached Nova Scotia.  Also on board was John’s sister Catherine who was the widowed wife of Strathbrora miller, George Ferguson, and her six young children.

John was granted land stretching between the present Matheson Corner Road and the Church Road. It was a mix of side hills and a swampy basin which is the source of the Matheson Brook.  We are not sure which of the three subsequent Graham farms that John personally inhabited.  In addition to the main grant, additional surrounding land was acquired from grantees who didn’t improve their lots.

The three eldest sons all lived in what was known, unofficially, as Graham Settlement with all three homesteads accessed by a now unrecognizable trail known as “Toad Road”.  William’s homestead can be found in the brush beside the Corner Road, a patch of Tiger Lillies marking the perimeter of the old house.

Lloyd Graham of North Carolina on foundation of the house of his Great Great Grandparents, William Graham and Hannah Sutherland,  Matheson Corner Road.

James lived on an adjoining clearing south of William while John had an upland farm on the opposite hill near MacKenzie Cemetery.   The fourth son, George, lived on the county line near West Branch, a fifth son Robert died young and the only known daughter, Catherine, married James Graham of Earltown Village.

William was married to Hannah Sutherland who came to Nova Scotia from Strathbrora in 1820 and settled with her family at Upper Barney’s River.  In the early 1830’s she came to Earltown as the bride of Hugh Sutherland “Nickie”.  They settled in a cabin beside the Waugh River on Campbell Road. Three days later Hugh drowned in the stream while fishing.  After an appropriate time, Hannah married William Graham.

James married Mary MacDonald.  She was one of the “Soldier” MacDonalds that settled on the Berrichan Road. There are many descendant of this couple in Earltown and surrounding communities, mostly under the name Sutherland.

John married Isabel Murray.  She was a native of Rogart.  Her parents moved from Rogart to Kildonan just in time for the clearances of 1813.  The family found sanctuary in Strath Halladale. Several of her siblings drifted into Earltown between 1819 and 1840.  Her parents settled late in life on Spiddle Hill.  John’s descendants are mostly found in Alberta and British Columbia.

Catherine married James Graham, son of another John Graham. His family came to Earltown in 1819 and settled behind the present stores in the village.  Catherine and James had three children before her early death.  James remarried to Dorothy Gunn and settled at Plainfield.  Of Catherine’s three children, only Mary returned to live at Earltown.

John and Catherine Graham are buried in the historic MacKenzie Cemetery alongside James Sutherland who believe to be Catherine’s father. 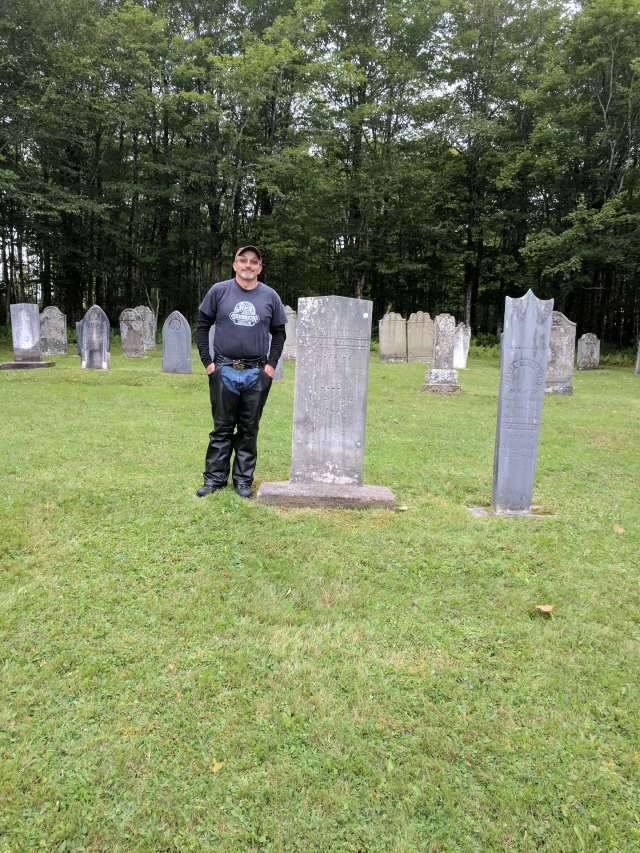 6 comments on “The Grahams of North Earltown”